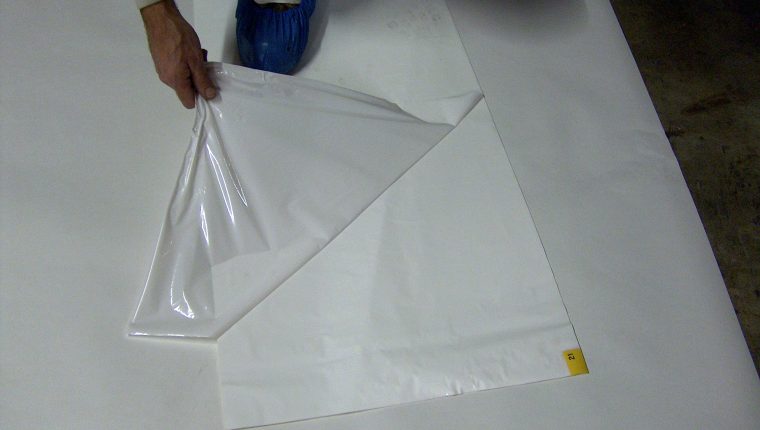 Disposable tacky mats and peel-off mats are commonplace when it comes to contamination control procedures.

Foot and wheel-borne contamination are the two major sources of both viable and non-viable contamination. Therefore, some form of control or preferable elimination of these particles into cleanroom areas is of paramount importance, as particulate contamination affects product yield, productivity, product quality and cost.

Disposable tacky Mats and peel-off mats have been the go-to solution to use to inhibit these forms of contamination, however, there are many reasons to suggest why these so-called solutions are causing more problems than they are solving.

Tests by GlaxoSmithKline have proven that disposable adhesive peel-off tacky mats are only 27% effective in preventing foot and wheel-borne contamination and there are various other detriments when it comes to using disposable sticky mats and peel-off mats.

Disposable tacky mats on average have a surface area that is 5 times smaller than your average Dycem Contamination Control floor mat. This is too small to decontaminate effectively and makes full wheel-borne decontamination almost impossible.

To put this into context, a singular peel-off mat, 2’ x 4’ can still cause up to 73% contamination to enter your critical environments.

Even when 10 of these sticky mats are ganged together 20% of the contamination ‘captured’ is still entering your critical areas and contamination-free zones. 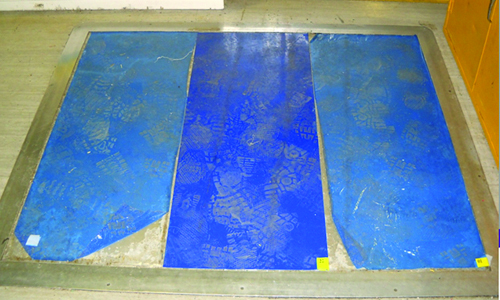 This shows that no matter how many sticky mats you gang together, the threat of contamination entering areas that you don’t want it to is still very much prominent.

A Non a – peeling solution

Peeling away each used tacky mat from a disposable pack, not only leaves you with a layer of contamination you are unsure what to do with or how to throw away but within the process of shedding the sheets of plastic,  you are releasing on average 215,000 particles back into the atmosphere, with the majority of the waste particles returning to the air and surrounding environments or even worse, your protected area.

Peeling a disposable sticky mat generates a 20cm (8”) ball of waste each time a mat is ripped up and generate enough waste to fill multiple dumpsters/skips in a single year (average estimates have proven between 8-25 dumpsters).

As the surface area of the disposable sticky mat is exposed to contaminated particles, it should be treated as secondary waste which costs more to dispose of safely and also cannot be recycled.

In tests comparing disposable tacky mats and peel – off mats with Polymeric flooring, there was found to be a much greater reduction in the microbial count for both wheel- and foot contamination after contact with the polymeric flooring compared with that achieved for peel-off sticky mats.

Performance of the sticky mats is also greatly reduced with overstrikes. Overstriking occurs when each person stops and takes at least three steps with each foot.

To compare, if overstriking on polymeric flooring, a further 90.3% of particles are removed from overshoes. This is compared with an increase of up to 381.9% being deposited back on to the shoes using peel-off mats (Source: Dr Tim Sandle).

To achieve an adhesive peel-off mat’s optimum 27% effectiveness they need to be peeled after every use. This is not only annoying and time wasting, but it is also incredibly impractical and hazardous to the areas that you are trying to protect.

The use of adhesive peel-off mats also presents a health and safety risk to personnel. The sticky surface often pulls and rips overshoes, cause a severe tripping hazard and wraps around wheels. 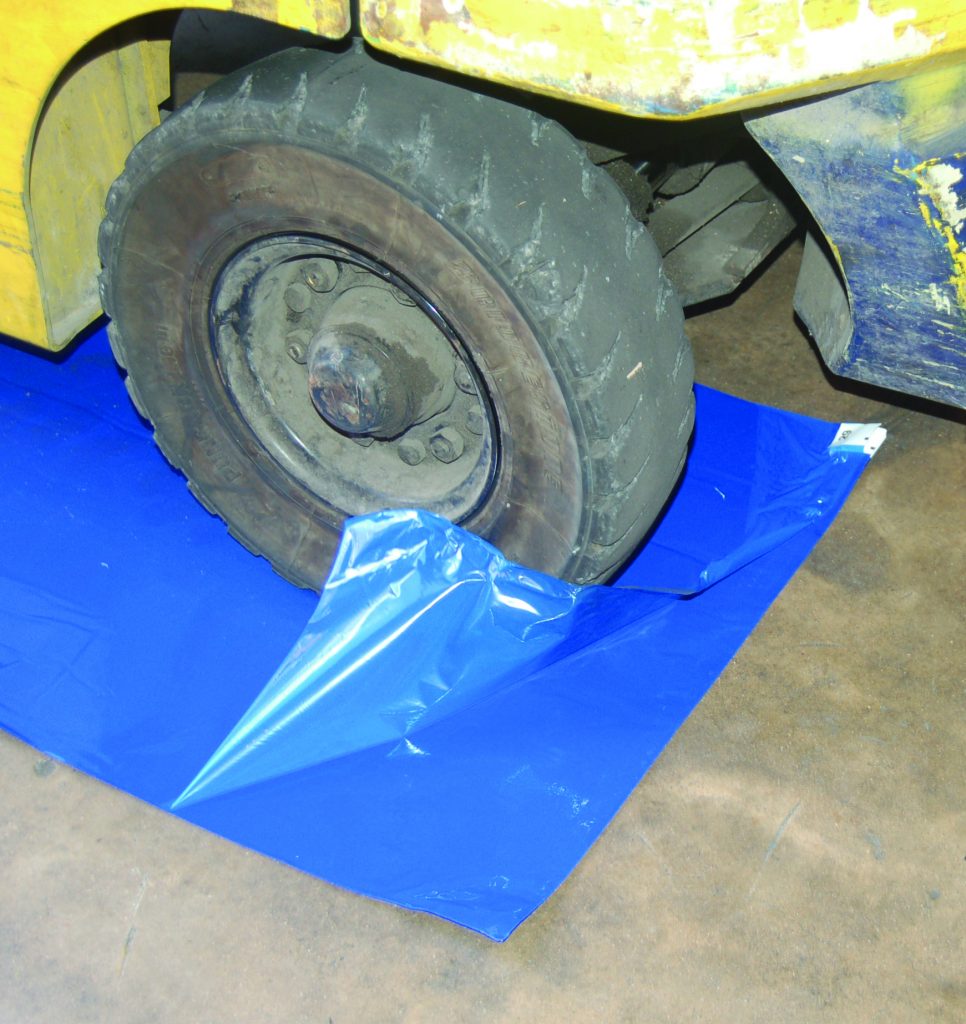 Disposable tacky mats and peel-off mats might seem to be the cheapest option at first glance, and this would be appealing for companies and facilities who are looking for a quick fix to think they are saving money. However, when comparing polymeric flooring with peel-off sticky mats.

Polymeric flooring not only costs less over the longevity of both products but, most critically it vastly outperforms in terms of the essential selling points that a peel-off sticky mat has to offer.

The cost of disposable peel-off mat x 10 (to create the size needed for six footsteps or three full wheel rotations) added to the number of peels per shift multiplied by the number of shifts per day and multiplied again by the days operational per year x 2 (disposable) costs. 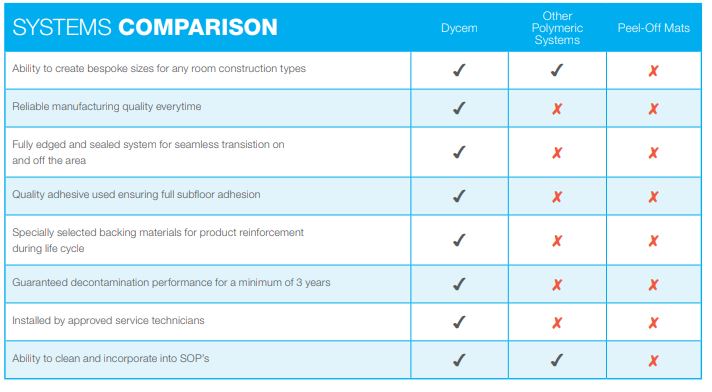 Time to for you to get out of your Sticky Situation

They are manufactured with a patented polymeric compound, creating a natural tack rather than a manufactured adhesive like sticky mats and peel – off mats have, and they are proven to retain up to 99.9% of foot and wheel-borne particles from entering unwanted areas.

All of Dycem’s products can be cut to any length or width to produce a large enough surface area to allow 99.9% decontamination of foot and wheel-borne contamination. 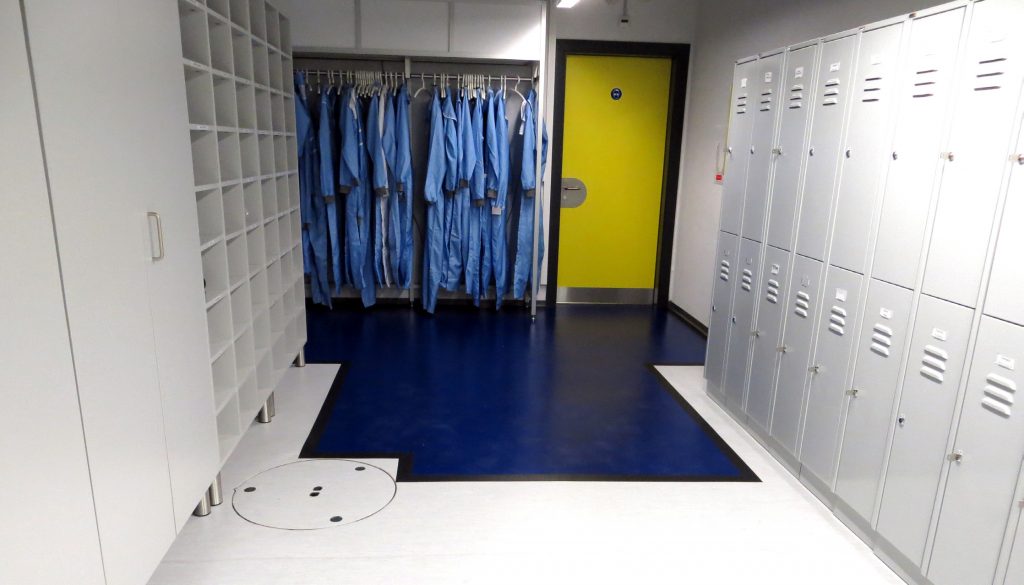 Dycem is easily integrated into your SOP and can be cleaned as part of your regular floor cleaning schedule. Dycem does not impact on your daily waste volumes and can either be disposed of normally in regular waste or recycled into less critical applications (after its minimum 1-year working life).

Tests have proven that when Dycem floor mats are compared against sticky mats, the average percentage reduction values for polymeric flooring were much greater than for peel-off mats for both wheel- and foot-borne contamination. (Clibbon)

Dycem Floor Mats are also a washable solution rather than a disposable, peel away resolution. Therefore, cutting the costs and time that waste contamination can add significantly over time and use.

For microbial benefit, Biomaster is integrated into all Dycem products. A silver ion-based, anti-microbial addition, it is proven to provide effective and lasting protection on more than 50 different organisms including Salmonella, E. coli, listeria and MRSA, which sticky mats do not offer. 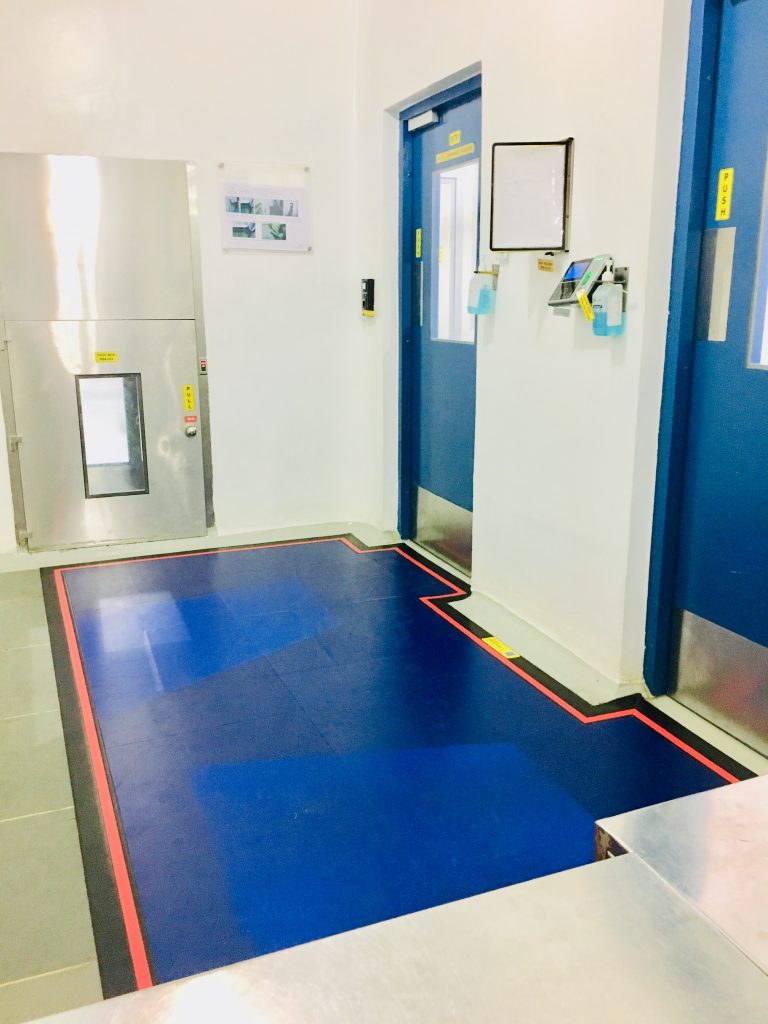 Dycem also has room to reduce Electrostatic discharge, due to all options having a surface resistivity of 108 ohms again, a selling point peel-off sticky mats cannot offer.

What can we do for you?

Dycem Response to the COVID-19 pandemic